My visit to Ubud got off to a very shakey start last Sunday. Life has now settled into a routine of exotic breakfasts, yoga, swimming, hiking, meditation and dinners of fresh locally grown delicacies.

Apart from sorting out our go-to place when the windows and door start rattling (under out sturdy dining table) and sleeping with a grab bag close to the bed, we have adjusted to the occasional earth tremor disturbing our sleep.

A daily yoga practice has improved my posture and gait. I now feel like I am suspended by a piece of string when I walk. The rains have come early and the nights are cool, each evening I visit the meditation centre next door for an hour. Ubud is truly a treat for all the senses, and I have another two weeks to enjoy.

As part of my effort to get fit for a bushwalking trip to Tasmania later in the year, I have set myself a challenge to walk the mountains of the south coast over the coming weeks. If you are reading this in New Zealand or another mountainous country, you will realise that Australians throw the word ‘mountain” around rather recklessly.

Durras Mountain has an elevation of around 280 metres, the walk is 7.5 kilometres and I expected that it would take me around 4- 5 hours (twitchers pace). The National Parks website advised the grade was moderate to difficult grade.

I set off from the Pebbly Beach camp-ground at 9:30am following track that I had walked several times with my son to his favourite surf spot “Blacks”. On these walks he would recount the hijinks that he and his young mates got up to on their weekend surfing campouts, all things I was thankfully totally oblivious to at the time.  Just before the summit track turn off I was passed by a group of lads with their boards followed by girlfriends dutifully carrying towels and food and was thankful that my son had married a girl who was not happy to sit on the beach and watch, but equally shared his passion and talent for surfing.

I parted company with the surfers and took the left turn to the summit, it is pretty much all up hill from there. The bird life was plentiful along the track and I took plenty of opportunities to catch my breath and tick those I could identify. I must have looked a treat, glasses fogged up, face red as a beetroot and puffing. I passed one other couple coming down just before reaching the summit at midday. Despite the smoke haze the view at the top was exceptional, south to Mt Dromaderry and west to my next challenge Pidgeon House Mountain.

My bird tally for the walk was 21 species, the highlight being 2 brown cuckoo doves and 4 large billed scrub wrens. I arrived back at Pebbly Beach at around 2:00pm.

Window shopping #Narooma
In need of some TLC #Narooma #oldhouselove
Should have brought the SLR #Narooma
#stayathome # Narooma
Morning commute to the office
Best joke of the day...so far 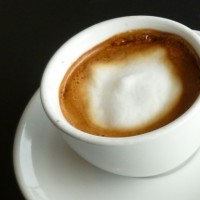 View from the Back

The ramblings of a retiree who cycles and cooks in France

about medical tacts and talents

About fantastical places and other stuff

Real Life Anecdotes of a Woman in Addiction Recovery

Writers & Writing, my own & other people's; movies, art, music & the search for a perfect flat white - the bits & pieces of a writing life.

An onion has many layers. So have I!

Exploring the Depth of Living

From Yoga to Tantra ******* Explore7.wordpress.com

But I Smile Anyway...

Musings and memories, words and wisdom... of a working family woman

Tales of humour, whimsy and courgettes